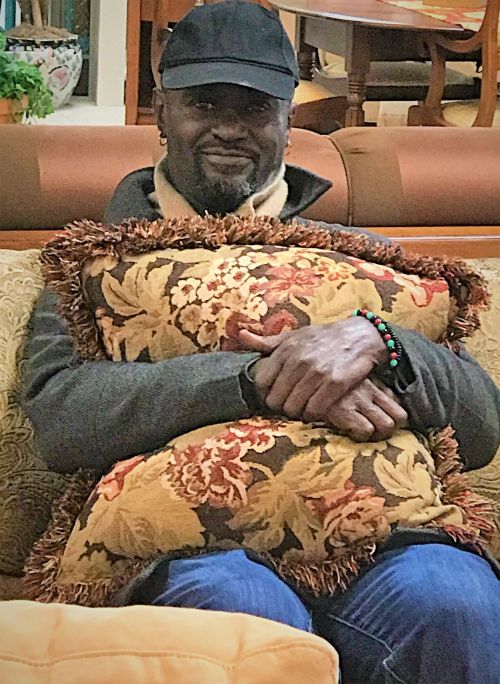 The REALTOR® Foundation of Wake County has partnered with CASA to furnish apartments for tenants who have moved in their new apartment without furniture and household necessities. The Foundation exists to partner with nonprofits just like CASA to help people just like Kenneth.

Read Kenneth's story from CASA below:

Kenneth moved into his CASA apartment in October.  “Everybody’s story is different and how you got homeless, that’s your story,” he says.  “But you’re still human and you need to be treated with dignity and respect.”

Kenneth’s story begins in Lenoir, where he was born.  When he was around 30 years old, he explains, “I just decided to leave home.  There was nothing there.”  Many of Kenneth’s friends had died or gone to prison, and he was struggling with addiction.  “I knew I was going to die there,” he said, “so I packed my things and just left.”

Kenneth traveled around for years, trying to figure out how to start again in a new place.  Sometimes, he remembers, “I just lived on the streets, because I couldn’t find housing.  I wasn’t sure about how to go about doing it and I had no support, so I just stayed on the street.  I slept anywhere I could – cars, benches, bus stops, or I would sleep underneath a tree.”  He was homeless, on and off, for eight years.  “I would find housing and get on my feet and do the right thing,” he says, “and then I would relapse,” and the cycle would begin again.  “I don’t ever want to go through that again,” he says now.

When Kenneth moved to Raleigh, things started to change for the better. “That’s when I found out about Narcotics Anonymous,” he remembers.  “I’ve been clean ever since.  I made some real bad choices that led me to being homeless, and I will never make those choices again.”

Now, Kenneth is settling into his CASA home, where he’ll spend the holidays at home for the first time in a long time.  Having an apartment “lifted my self-esteem,” he says.  “It makes me feel like I am somebody.”  Paying an affordable rent means he can save up for a car, or go out to a movie every once in a while.  He likes being at home, but he also thinks it’s important to volunteer until he finds a job.  He worked the polls on Election Day and has volunteered at the shelter where he once stayed.  When he is at home, he loves to cook, to decorate his apartment, and to sit in the living room by the window and read.  “CASA is a good organization,” he smiles.  “I’m a settled down person.”

Go back | Show other stories